126 Properties
Sort by:
For Rent 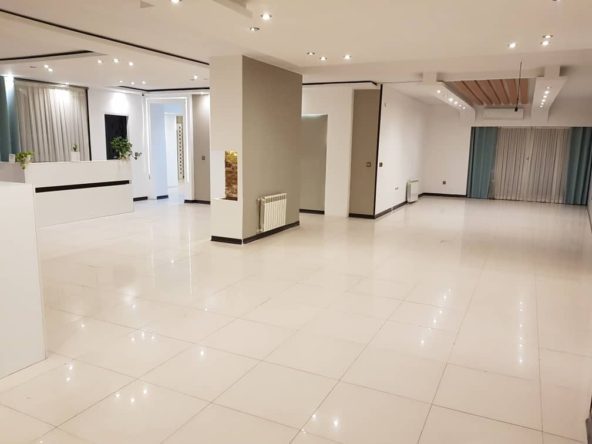 About the Jordan Neighborhood

Jordan is a high-demand zone in District 3 of Tehran. It is one of the neighborhoods that, due to its proximity to Valiasr Street, have a solid commercial and administrative structures that are located in the towers and buildings around these streets. The residential buildings of this neighborhood are also among the most luxurious and beautiful buildings in Tehran. For this reason, the demand for buying apartments in Jordan is very high.

Where Is the Jordan Neighborhood Located?

A Brief History of the Jordan Neighborhood

Early in the 20th century, Jordan was one of the southern parts of Tajrish, whose lands were mostly cultivated during the Qajar dynasty era. With the arrival of Qajar kings and nobles in Shemiranat region, this region also attracted the attention of Qajar nobles. The Jordan zone was not far from Tajrish, and with the construction of the Ferdows Garden mansion, this area, along with areas such as Elahieh and Zafaranieh, became the focus of the Qajar nobles. This area was also a place for nomads who came to graze and rest.

A word on the name of this neighborhood is due. Samuel Martin Jordan was a well-known person in Tehran’s educational system. Among his actions, we can mention the construction of Alborz High School and the American School for Girls in Tehran. Due to the actions and efforts of Samuel Martin, one of the main streets of this neighborhood was named after Jordan. His name was on the name of this street for a long time. But after a while, the name of Jordan Street was changed to Africa Street. After the death of Nelson Mandela in 2013, the name of Africa Street was changed to Nelson Mandela Street. Although many names have been given to the name of this street, many people still know this street as Jordan Street.

Facilities and Amenities of the Jordan District

This locality is one of the most well-traveled neighborhoods in District 3 of Tehran. Proximity to Modares highway, Chamran highway, and Waliasr street provides access to northern, southern, eastern, and western areas of Tehran. The main highway of the Jordan neighborhood is the Parkway intersection. The four-way parkway provides Jordan access to neighboring areas.

Valiasr Street connects Railway Square to Tajrish Square and connects Jordan from south to north of Tehran. Chamran highway provides access to this locale to the northwest areas of Tehran, such as Tehran’s 5th district and Tehran’s 22nd district, and Modares highway also connects Jordan with Tehran’s 4th district and eastern Tehran. All these roads have intersections in the four ways of the parkway. For this reason, the Parkway intersection is the most important intersection in this neighborhood. In the south of this neighborhood is Arash Esfandiar Boulevard, which provides Jordan access to Ayatollah Hashemi Rafsanjani Highway.

Public Transportation in the Jordan Area

Jordan neighborhood is the gathering place of many embassies due to its convenient access, good weather, and being in the administrative and commercial context of Tehran. This neighborhood is one of the first neighborhoods in Tehran in terms of the location of embassies and consulates of foreign countries. Among the countries that have embassies in this neighborhood, the following can be mentioned:

The Jordan nabe alone does not have a big tourist center, but it is one of the best neighborhoods to access the big tourist centers, some of which are among the best tourist and entertainment places in Tehran. Mellat Park, Taleghani Park, Water, and Fire Park, Nature Bridge, Tehran International Exhibition, Laleh Hotel, Tajrish Bazaar, Englebal Sports Complex, and many tourist centers of Tehran’s 3rd district are easily accessible from this neighborhood.

Tamashaghe Tarikh (meaning history watch) is a historical museum that houses the works of Iran’s contemporary history. Naser al-Din Shah’s personal belongings and Kamal al-Molk’s paintings are among these works. This museum has three floors and includes a gallery, an auditorium, a library, a cafeteria, and the main building. Among the exquisite works in this museum, the following can be mentioned: oil paintings from the 13th century, pottery, cups, and steel vessels from the 12th and 13th centuries, crystal glassware belonging to former Czechoslovakia, and Chinese plates.

What Makes the Jordan Neighborhood Unique?

Jordan truly covers quite a few neighborhoods. Amaniyeh, Elahieh, Gandhi, Argentina, and Vanak neighborhoods are all located within the Jordan neighborhood. Jordan also has many facilities. From very good public transportation to schools and institutions and luxury shopping centers and restaurants and tourist centers to access to very good facilities of nearby neighborhoods, all are among the strengths of this neighborhood.

Best Quarters of the Jordan Neighborhood to Live In

Streets such as Arash Esfandiar Boulevard, Saba Street, and Nahid Street are among the best ones in Jordan for buying houses and apartments. These streets, with their strong commercial and residential context, have been able to raise their property prices above the average level of Jordan and introduce themselves as the best streets in Jordan.

Living Conditions in the Jordan Neighborhood

Like all the parts of Tehran, Jordan has special conditions for living. Those who want to live in this neighborhood should be familiar with the strengths and weaknesses of life in Jordan and choose this neighborhood to live with complete information. As it was said, this neighborhood has a strong commercial and administrative structure, it has very good access to public transportation. Also, it has access to good tourist and entertainment centers in the 3rd district of Tehran, its medical facilities are higher than the local level, luxury buildings in this nabe are very large, and the price of housing in Jordan is at the top of the price of housing in Tehran, and in terms of educational facilities, it is much higher than the average level of Tehran.

But you should keep in mind that this locale has very heavy traffic and you should expect heavy traffic at the intersections of this neighborhood almost at all hours of the day. The problem of car parking is one of the most important problems in this luxury spot. If you want to buy a house in Jordan, you should consider getting a dedicated parking space for all family cars.

House and Apartment in the Jordan Neighborhood

TehranOffers, Where You Can Rent Or Buy Houses In the Jordan Neighborhood

Looking for a secluded and calm area with a wonderful climate in Tehran? In that case, the Jordan district can be one of your best alternatives. Since numerous worldwide diplomats in Tehran live in this range, the security of this portion of the city is much higher than others. In TehranOffers we are prepared to assist you to purchase or lease the most excellent houses in this region. Here our consultants at TehranOffers equipped with fluent knowledge of the English language can guide you in finding the best option for you at no additional cost in the shortest time possible.