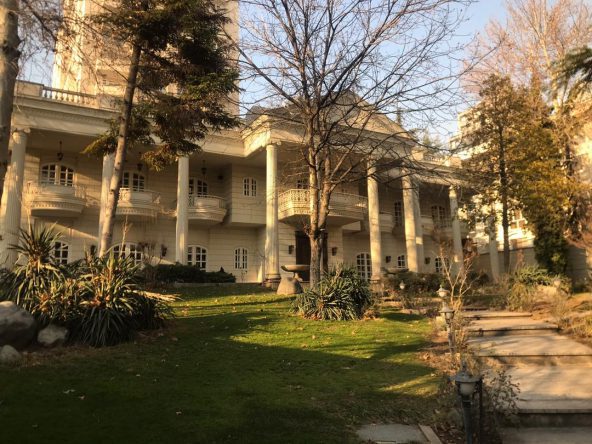 Zafaraniyeh neighborhood | Why This Area Is Considered The Most Luxurious

The wealthy and prestigious Zafaraniyeh neighborhood may be found in the northern part of Tehran, Iran. The city got its name, Zafaraniyeh, from the fact that, in ancient times, it was home to a large number of people involved in the trading of saffron (Zaferan in Farsi). The Sa’dabad Palace Museum may be found at the very end of this street, which also has a cultural house at its terminus. More than 180 hectares of natural woodland, streets, qanats, galleries, and museums are all included in the complex.

Where Is Zafaraniyeh Neighborhood Located?

From the east, Zafaraniyeh can be reached through Velenjak via Moghaddas Ardebili Street, while from the west, Elahieh can be reached by Valiasr Street. One of Tehran’s most secure neighborhoods, Zafaraniyeh is also one of the areas with the highest number of security personnel. This district is home to a large number of embassies, ambassadorial houses, and the head of state of Iran, who also resides in this neighborhood. This community is home to a religious institution known as a synagogue.

This neighborhood is almost entirely made up of apartment buildings, and there are just a few single-family homes here. In addition, the Zafaraniyeh neighborhood has convenient access to major motorways. It is close to Valiasr Street, which is the longest city road in all of Asia. This section of Valiasr street is home to a number of quaint stores and boutiques.

Public transit is good enough in the Zafaranieh area. The sole bus routes in this neighborhood are on Valiasr Street and to its east. There are taxi lines on various streets, including Moghadas Ardabili Street, Zafaranieh Street (Falahi Street), Asef Street, and other major roads because of the abundance of retail complexes and the Bam Tehran complex in this neighborhood’s northern part. Tajrish station, which is situated to the east of the Zafaraniyeh neighborhood, is the nearest metro station to Zafaranieh.

In the shadow of Tochal peak, next to the Darband river, is where you’ll find the Zafaraniyeh neighborhood. Because of this, it can be argued that Zafaraniyeh’s history is ancient and must have existed alongside the histories of Shemiranat and the Tajik area. But there’s a different explanation behind how Zafaraniyeh came to be an autonomous community today.

Asad Abad was a community that was formerly present in the Zafaraniyeh region and is still there today. It was situated in the valleys of the rivers Darband and Farahzad. Asad Abad, which was split into Upper and Lower Asad Abad, was a small settlement on the slopes of the Tochal peak. At the time, the majority of the Zafaraniyeh lands were agricultural areas with a lot of wheat fields and gardens.

Zand Karimi Garden, Khanum Marwan Garden, Haji Kolahi Garden, and Khayami Garden were a few of the extensive gardens of that period. The only remaining remnant of these gardens is Khayami Garden, and most of them have been transformed into homes and streets. The majority of the Zafaranieh holdings, which at the time extended to the area of Bagh-e Ferdows, were owned by Moayed Al-Mamalek.

Zafaraniyeh continued to be an agriculturally-based community similar to Asad Abad until the end of the Qajar dynasty. The original inhabitants of Zafaraniyeh were immigrants who came from the cities of Estarabad and Naein in Gorgan and Isfahan, respectively. Following the entrance of these clans, who established Tehran’s first power department, Zafaraniyeh began to expand and prosper. The first power plant in Zafaraniyeh was the Bammad Electricity Power Station.

Many affluent people from Iran and other countries choose to make their homes in this part of Tehran since it is considered to be the most desirable and costly neighborhood in the city. It is home to a sizeable number of billionaires and millionaires, many of whose citizens now make their homes elsewhere in the world. Some of the best Shopping Malls and Centers in Zafaraniyeh include Zafaranieh Plaza, located on Zaferaniyeh Street; Palladium Mall, situated on Moqadas Ardabili Street; Parmis Commercial Complex, also located on Moqadas Ardabili Street; and Zafaraniyeh Bamik Complex, situated on Zaferaniyeh Street. In this area, there are a significant number of unique eateries and cafés to choose from.

In the Zafarniyeh neighborhood in northern Tehran, the residents have good facilities for their well-being. Currently, the Zafaraniyah Garden is reminiscent of the gardens and greenery of the area. This famous neighborhood attracts many people to live due to the desirable climate. The amenities of Zafaraniyeh’s Neighborhood are also modern.

Saraye Mahale Zaferanieh is one of the most critical training centers in the neighborhood, in which a variety of training classes, including a variety of sports classes such as children’s robotics, Children’s Origami, Classes for Special Chess for Children, Children’s Abacus, Children’s Gynecology, Child Karate, Aerobics, T.R.X. as well as classes such as knitting, tailoring, embroidery, and carpet weaving for women and embroidery leather classes. Saraye Mahale Zaferanieh is located in the Zafaraniyeh neighborhood, Ejazi Street, Shahid Ejazi Square, Shahid Behzadi Alley, Reyhaneh Gardens. It is worth noting that the nearest bus station to this location is the Farmandari Bus Station, which makes it easy for public transport users to access.

Palladium Shopping Center in Tehran is one of the best shopping centers in Iran. Everything you want from the best brands in the world can be found there. Apart from stores and commercial centers, it also has various facilities such as a sports club, laundry, kindergarten, library, playhouse, etc. In this center, you can send your children to kindergarten, and you can go sightseeing and enjoy shopping. One of the unique features of Palladium Mall is its spectacular architecture. Different geometric shapes have been used for its design. The name of this complex is engraved in a beautiful script with a silver stone on a brown background above its entrance.

The Time Museum is, without a doubt, one of the most attractive museums located in this area. The C.I.M museum, known as the Time Museum, was one of the first museums in Iran to open on June 15, 1999. It was the country’s first museum of its sort. In addition to the priceless artifacts, such as vintage clocks and watches, that are on show in the museum, the structure itself is widely considered to be one of the finest examples of Iranian architectural design.

Since the Zafaraniyeh area is situated in close proximity to the mountain, its climate is often pleasant, particularly in the spring and summer. In addition, this area is home to a number of beautiful parks, including Zafaraniyeh Park, Velenjak Park, and Arghavan Park, among others.

TehranOffers, Where You Can Rent or Buy Houses in Zafaraniyeh

If you are looking for a secluded, quiet area with a pleasant climate in Tehran, Zafaranieh can be one of your options. Since many international diplomats in Tehran live in this area, the security of this part of the city is much higher than others. We in TehranOffers, are ready to help you buy or rent the best house in this area.