31 Properties
Sort by:
For Rent 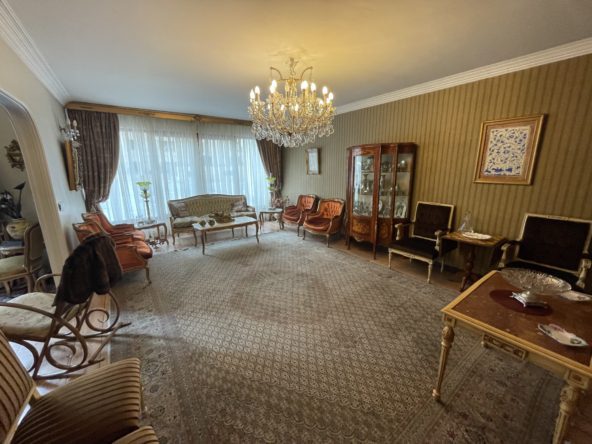 Shahrak-e Gharb Neighborhood | What Makes This Region Pleasant for Living

Shahrak-e Gharb, also known as Gharb Town (West Town) and Qods Town, is a planned town located in the northwestern section of Tehran, Iran. It was constructed as a gigantic project consisting of contemporary and luxurious apartment buildings and villas. Shahrak-e Gharb neighborhood was first built in 1961 based on the model of expensive American suburbs, and now it is regarded to be one of the wealthiest neighborhoods in all of Tehran. It is one of the largest districts in Tehran, and it features convenient access to a number of expressways, such as the Chamran Expressway, the Hemmat Expressway, the Niayesh Expressway, the Sheikh Fazl-Allah Nouri Expressway, and the Yadegar-e-Emam Expressway.

Shahrak-e Gharb neighborhood is also located in close proximity to four major hospitals, and it is home to a number of parks, cinemas, and cultural centers, as well as three enormous and well-known shopping centers.

Where Is Shahrak-e Gharb Neighborhood Located?

The Shahrak-e Gharb neighborhood may be found to the south of Saadat Abad. This community is enclosed by Dadman Boulevard and Modiriyat Boulevard to the north, Hemmat Highway and Sheikh Fazlullah Highway to the south, Chamran Highway to the east, Farahzadi Boulevard, East Ivanak Boulevard, and North Zarafshan Street to the west. The communities of Shahrak Azmayesh, Vanak area, Koy-e Nasr area, Eyvanak community, Darya district, Sepeher community, and Valfajr district are located close to Shahrk-e Gharb.

People often have the misconception that the Shahrak-e Gharb neighborhood is a more recent development in the region. This area was constructed in the 1970s by Americans and Westerners, and as a result, this section of Tehran does not have an extensive history. However, we are obligated to point you out that this is wrong. Khordin Boulevard was home to the majority of the people who called it the central part of the Shahrak-e Gharb neighborhood, which is known for its beautiful climate and rich historical background.

The Darakeh river and the water-filled aqueducts of the area supplied Khordin village, which once was one of the southern neighborhoods of Evin and Darakeh villages. Khordin village was located to the south of Evin and Darakeh villages. Christians have been living in this area since ancient times, and the majority of the people who dwell in Khordin are Christians. Along with other parts of Tehran, like Tajrish and Kan, Farahzad Valley is one of the earliest settlements in the city. It was established at about the same time as Shahrak-e Gharb.

Urbanization in Shahrak-e Gharb started in 1970. A great deal of land that was formerly located on the edges of ancient Tehran has now been annexed by Tehran’s residential districts. In the 1960s, Shahrak-e Gharb was one of the neighborhoods that was on its way to becoming one of the most important districts of Tehran. The lands of the Gharb village were partitioned and distributed among the inhabitants, and the Gharb settlement started to progress in the direction of urbanization.

The decade of the 1970s saw the introduction of western engineers into the building of the Shahrak-e Gharb. Because of this, the neighborhood that is now known as Shahrak Gharb was given its name, and it has been recognized by this name right up to the present day. Gharb in Persian means “the West.”

Amenities and Facilities In Shahrak-e Gharb

During the 1980s, there was just a single retail complex in the area, and it was called Mini Bazaar. A few years after the end of the Iran–Iraq War, construction of the Golestan Shopping Center got underway. In 1978, Jordan Gruzen Architects were the ones to design it, and another American business by the name of Starrett was the one to build it, even if certain portions were never finished. This region is home to a number of up-to-date retail complexes, the most notable of which are Golestan, Iran Zamin, and Milad-e-Noor.

Milad Tower Is At Your Sight

Just outside the district’s borders is where you’ll find Iran’s highest skyscraper, the Milad Tower, which measures 435 meters in height from its base to the top of its antenna.

The Islamic medical group of the sanitary medical company began construction of Bahman hospital on the 22nd of Bahman in 2001. The hospital was located in Iran Zamin Street, Shahrak-e Gharb, and had a total floor area of 18000 square meters, with four hospitalizing floors on the ground and two basement floors. The hospital was completed in 2007. In the month of Mordad in the year 2008, it was opened in the presence of the Islamic Parliament of Iran after the hospital had been completely furnished with 120 beds plus 200 official beds.

Dr. Khalil Alizadeh, who specializes in orthopedic and hand surgery, came up with the concept of building a private hospital in Tehran for the purpose of treating patients and wounded persons who are dealing with orthopedic issues. He had previously been granted preliminary approval from the Ministry of Health to establish a restricted surgery center that would be known as the Tehran Restricted Surgery Center. He then penned a letter requesting that the restricted surgery center be converted into a specialized hospital, to which he gave his consent.

A building that is 24000 square meters in size and has 12 stories. This hospital first opened its doors on February 6, 1998, with the mission of delivering high-quality care in a timely manner across the whole spectrum of medical specialties. The managers, physicians, nurses, and other staff members of the hospital, who collectively are referred to as the Atieh family, have made the principle of promoting patient and client satisfaction the focus of their work, and they have made ongoing efforts to implement these principles to the present day.

Saadat Abad is just a few minutes drive away from an international school that is situated close by, within Shahrak-e Gharb itself. Within this neighborhood is found the girls’ school that is part of the Tehran International School. A non-public education was also made available to young men in the form of an elementary school, a middle school, and a high school, all of which bore the name Fajr-e Danesh but were run by different administrators. These three schools were located in close proximity to one another but in separate buildings. Between the years 2010 and 2016, the Fajr-e Danesh schools that provide education at both the primary and secondary levels relocated to a variety of nearby places.

In comparison to other northern portions of the city, this town is far less polluted as a result of the air current in Tehran that flows eastward and the continual cleansing that the neighboring mountains provide for the air. Because of these and many other benefits, in addition, this region has become a desirable and pleasurable place to live, which has resulted in a large number of temporary residents from other countries, diplomats, and expatriates choosing the Shahrak-e Gharb neighborhood for living.

The best part of Shahrak-e Gharb to buy an apartment

There are several areas in Shahrak-e Gharb that are ideal for living. When compared to the streets of Tehran’s other districts, Shahrek Gharb has the most convenient and luxurious facilities. But if we want to present you with numerous streets that are the most significant areas in the neighborhood to purchase or rent flats and homes, we can introduce Iran Zamin Street to you. Some of the most popular parts of Shahrak-e Gharb are Iran Zamin Street, Golestan Street, and Mehestan Street.

If you also plan to live in a peaceful and pleasant area, it is better to stay with us on the TehranOffers so that we can give you many good suggestions. With us, you will definitely find the best and most suitable house in this area.